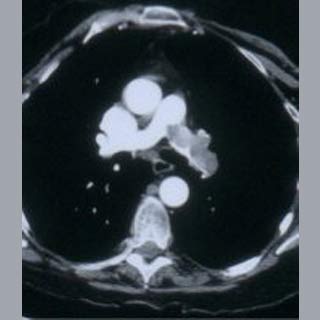 Vein thrombosis is a condition characterized by formation of blood clots in the veins which could turn lethal in certain scenarios. Though many risk factors pertaining to this health issue have been revealed, there seems to be no specific reason as to why a person develops a blood clot. Scientists from Imperial College London have now disclosed that individuals with low proportions of iron in their bloodstream could be more prone to the creation of fatal blood clots.

As part of the analysis, persons diagnosed with an inherited disease namely haemorrhagic telangiectasia (HHT) were examined. This disease usually causes excessive bleeding from the nose and gut and has been linked to the development of blood clots too. But the reason for the same was under wraps.

“Most of our patients who had blood clots did not have any of the known risk factors. We thought that studying people with HHT might tell us something important about the wider population,” commented the paper’s lead author Dr Claire Shovlin, from the National Heart and Lung Institute at Imperial College London and an honorary consultant at Imperial College Healthcare NHS Trust.

The team segregated the set of 609 patients with HHT into 2 groups of those with blood clots and those devoid of it. Most of the patients seemed to possess low levels of iron in the blood due to loss of the same in the process of bleeding. This implied that low amounts of iron in the blood were a major risk factor for blood clots. Adding more weight to the finding, the investigators found that consuming iron supplements apparently cut the risk for formation of blood clots.

The reason for this kind of link between iron and blood clot could be a blood protein known as factor VIII which supported normal clotting. Greater proportions of this protein in the blood was seemingly a strong risk variable for blood clots. Supposedly, low levels of iron led to high proportions of factor VIII.

The findings presumably suggested that treating iron deficiency may prohibit blood clots. The study is published in the journal, Thorax.