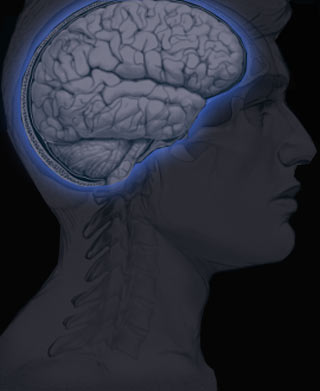 The brain is perhaps the most specialized organ in the human body. It is known to perceive information even before an individual becomes aware of it. However until now, there were only few ways to determine what exact mental tasks were taking place before the point of conscious awareness.

That may just have changed with the findings by a latest research. Scientists at Rutgers University in Newark and the University of California, Los Angeles claim to have developed a very accurate way to examine the brain. This seems to help them in uncovering an individual’s mental state and what kind of information is being processed before it reaches awareness. With this novel window into the brain, scientists currently are also offered with the means of developing a more accurate model of the inner functions of the brain.

The research advised that a more comprehensive approach seems to be required in order to map the brain activity. In addition, the commonly held belief that localized areas of the brain are responsible for specific mental functions appears to be deceptive and false. Stephen Jose Hanson, psychology professor at Rutgers; Russell A. Poldrack, professor at UCLA, and Yaroslav Halchenko, presently a post-doctoral student at Dartmouth College, were believed to have provided direct evidence that a person’s mental state could be predicted with a high level of accuracy through functional magnetic resonance imaging (fMRI).

Since previous years, much of neuroimaging was observed to have focused on analytical areas of the brain. This area was known to be mainly responsible for certain mental functions such as learning, memory, fear and love. However, this novel research revealed that the brain seems to be more complex than that simple model. During their analysis of global brain activity, the researchers discovered that different processing tasks seem to have their own distinct pattern of neural connections which stretches across the brain. This was noted to be similar to the fingerprints that distinctively identify each person. Instead of being in a fixed pattern, the brain however seems to be able to arrange and rearrange the connections based on the mental task which is being carried out.

“You can’t just pinpoint a specific area of the brain, for example, and say that is the area responsible for our concept of self or that part is the source of our morality. It turns out the brain is much more complex and flexible than that. It has the ability to rearrange neural connections for different functions. By examining the pattern of neural connections, you can predict with a high degree of accuracy what mental processing task a person is doing,” says Hanson.

Allegedly, the research showed that specific mental functions do not correspond directly with certain brain areas. Instead distinctive patterns of neural connections may perhaps provide a more accurate direction for mapping the effective connectivity of the brain. This pattern was known as the Connectome Project. The aim of the researchers involved in that work were believed to provide a complete map of the neural circuitry of the central nervous system.

Hanson elucidated that, “What our research shows is that if you want to understand human cognitive function, you need to look at system-wide behavior across the entire brain. You can’t do it by looking at single cells or areas. You need to look at many areas of the brain to even understand the simplest of functions.”

The research involved approximately130 participants, each of whom seemed to have carried out a different mental task while they were being scanned via fMRI. The task ranged from reading, to memorizing a list, to making complex decisions about whether to take monetary risks. Evidently, the researches could identify the eight tasks in which the participants were involved with nearly 80 percent accuracy by analyzing the participants’ fMRI data next to classifications developed from the fMRIs of other individuals.

Furthermore, the researchers could recognize what type of objects a person was viewing before he or she could report that information. This, they could do so by analyzing the pattern of brain activity behind the brain where information appears to have been developed and then conveyed towards the frontal regions associated with awareness.

“It’s the same principle experienced during a car accident. The car accident actually happens tens of a milliseconds before you are aware you have actually been hit. By looking at the back of the brain, we can ‘read out,’ for example, that a person is looking at dogs and cats before they actually know they are looking at a dog or a cat,” explains Hanson.

In contrast to many researches which seem to focus on specific areas of the brain, Hanson and his team examined the pattern of activity across a half million points in the brain. Amazingly, the patterns of neural networks involved in each of the eight tasks on the surface appeared alike. Hanson explained that the reason for this was that various mental functions tend to draw on many of the same processes. For example, memorizing a list of words which include the word dog seems to mostly draw up a memory of a pet, the same as reading a story about a dog would.

The researchers were believed to have utilized machine learning techniques, through which they were able to identify those slight differences that allowed them to predict the specific mental function of the participants and what information they would report back. The machine learning technique in this case includes a support vector machine which seems to be capable of analyzing and categorizing large amounts of data.

Hanson further stated that, “It’s like looking at two patterns of identical flower arrangements. They each may have the same flowers but they will not be arranged exactly in the same manner, consequently leading to slight differences in the overall pattern. Using the pattern analysis methods we have developed, there are clues that can be detected and pulled out.”

Apparently, the findings bring out the possibility of classifying a huge number of mental tasks with their unique pattern of neural circuitry. Also, they seem to represent a potentially early step in developing a method for identifying higher-level mental functions, such as ‘lying’ or abstract reasoning. The findings seem to be capable of paving the early diagnosis and better treatment of mental disorders, such as autism and schizophrenia. This could be done by presenting a method for identifying very minor abnormalities in brain activity and synchrony.

As part of their prolonged research, Hanson along with his team plan to develop a system for identifying neural connectivity abnormalities. This would assist with the study of mental disorders such as attention-deficit hyperactivity and autism. Thereby it may possibly lead in production of a handbook for many of the new tools used for pattern analysis and the classification of mental states which based on neuroimaging data.

The findings will be published in the journal Psychological Science.