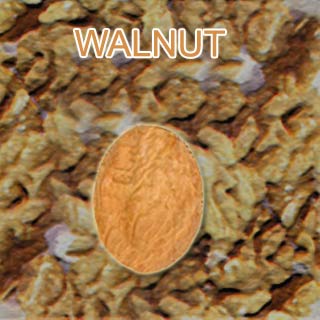 For the health-conscious people around the globe who get uncomfortable after a heavy meal, here is some super good news. Spanish researchers have proved that eating 6-8 walnuts after a rich and fatty meal would actually help to help to prevent the inflammatory changes that are triggered of in the artery walls, especially after eating a fatty meal.

The research was led by Sr. Emilio Ros, Director of the Lipid Clinic at Hospital Clinico in Barcelona. He studied 24 health non-smoker adults who had normal weights and blood pressure and cholesterol levels.

Half the candidates had cholesterol levels moderately on the higher side. The group was then randomly divided into two halves.

Both groups were given two high-fat content meals, with an interval of one week between the two meals. The meal consisted of a salami and cheese sandwich made form white bread followed by a helping of creamy yoghurt. In the specified experimental study the researchers included 5 teaspoonfuls of Olive oil, (known to counter bad effects of a fat rich diet and to protect the heart and arteries) to the meal of one group and a handful (about 8 walnuts) to the meal of the other group.

The study aimed at assessing the benefit of walnuts in maintaining the elasticity of arteries and to compare its effect with the therapeutic value of olive oil in countering cardiac diseases related with fatty deposits on blood vessel walls.

The tests revealed that although both olive oil and walnuts help to hinder the commencement of inflammation and oxidation in arteries triggered by a meal rich in saturated fat , its walnuts which help preserve the blood vessels’ elasticity owing to the presence of alpha-linolenic acid which is akin having the same chemical structure as the omega-3 fatty acids proven to be extremely beneficial in helping to raise levels of HDL cholesterol in blood, often called the “good” cholesterol that helps keep arteries patent . Studies also revealed that walnuts are more efficient in keeping arteries elastic even when cholesterol levels are moderately high.

Arteries that are elastic can swell to accommodate more blood supply when required. Fat molecules prompt inflammation and oxidation in arteries causing hardening of vessel walls which can eventually cause hardening of the arteries and heart disease.. Ultrasound examinations revealed that the arteries of those who had walnuts were more supple and elastic after the fatty meal than those who had olive oil.