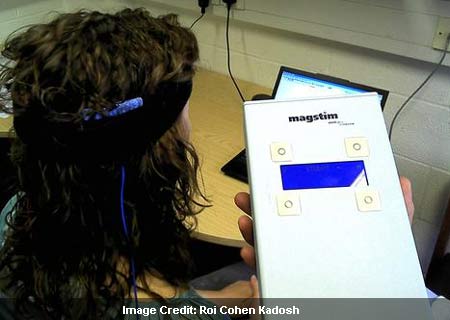 Ever imagined using a device to make learning those mathematical tables easier? Well, if this report by scientists from the University of Oxford is to be believed, then we are close to using a device that can apparently boost the brain.

In this method namely transcranial direct current stimulation or TDCS, electrodes are transfixed outside the head, after which weak currents are passed through certain portions of the brain for a span of 20 minutes. These currents having an intensity of 1-2mA make firing of neurons in specific regions of the brain simpler. Experts believe that this causes an improvement in memory and learning capacities.

“I can see a time when people plug a simple device into an iPad so that their brain is stimulated when they are doing their homework, learning French or taking up the piano,” commented Dr Roi Cohen Kadosh.

This kind of technology could be used for enhancing language, maths, attention, memory, problem solving and movement. Importantly, this avenue could be used to help individuals with impaired abilities and normal persons trying to learn something. Basically, most of the studies related to this technique were carried out in healthy individuals as a means of boosting their cognitive abilities.

The investigators believe that the TDCS kit is cheap enough to be accessed by all schools. They cautioned that the kit is not a way of making things very simple for children, they still have to put in a lot of effort for learning something new such as piano or football or even math sums.

The study is published in the journal, Current Biology.