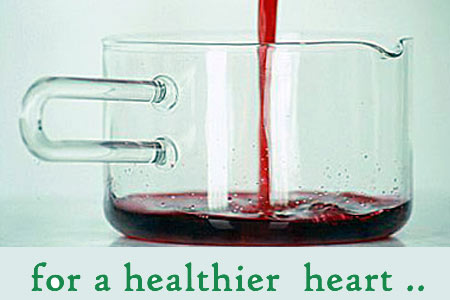 Yet another cure for a dreaded disease may be available in the simplicity of our kitchens. Recent research done in the UK suggests that consuming upto 500ml of beetroot juice daily reduces blood pressure. The magic lies in the little ingredient nitrate also found in green vegetables.

The researchers found that the blood pressure of healthy volunteers was lowered within just an hour after consuming beetroot juice. The study conducted by Barts and the London School of Medicine produces a cheap and easy way of treating hypertension.

The research showed that nitrate contained in beetroot juice when chewed is converted into nitrite by bacteria on the tongue. This nitrite-containing saliva is swallowed, and due to the acidic environment of the stomach is converted into nitric oxide or re-enters the circulation as nitrite. The immediate reduction in blood pressure is related to the increasing levels of nitrite in the circulation. The same was not seen in the test group of volunteers who did not swallow the juice.

Professor Amrita Ahluwalia researcher on this project said, “Our research suggests that drinking beetroot juice, or consuming other nitrate-rich vegetables, might be a simple way to maintain a healthy cardiovascular system, and might also be an additional approach that one could take in the modern day battle against rising blood pressure.”

The protective effects of vegetables have been previously credited to mainly their anti-oxidant vitamin content. This study just raises the bar for vege-rich diets. While the lowering of blood pressure on account of beetroot juice was noted within an hour, the effect continued upto a period of 24 hours.

Professor Graham McGregor, of the British Hypertension Society commented that this research was “interesting” and added that “it shows that beetroot juice lowers blood pressure in the short term in volunteers with normal blood pressure. What we need now is research to see whether it has an effect on people with high blood pressure over a much longer period of time.”

But dousing down hypertension with 500ml of beetroot juice may not be appealing to all. Victoria Taylor, of the British Heart Foundation, said: “Whilst beetroot juice was used in this study, it is unlikely that people will be able to – or wish to – consume it in the quantities used in the research. Although we know that eating a diet rich in fruit and vegetables as part of a well balanced diet is beneficial to heart health, we do not know yet whether there are certain fruits or vegetables that are more helpful than others and so for now, people should continue to choose a wide variety in achieving their five a day.”

Statistics show that more than 25% of the world’s adult population suffers from hypertension. And this figure is estimated to rise by 29% by the year 2025. Hypertension causes around 50% of coronary heart disease, and approximately 75% of strokes. In total, cardiovascular disease kills over 110,000 people in England every year. Thus washing down dinner with this red drink could keep you away from these numbers.