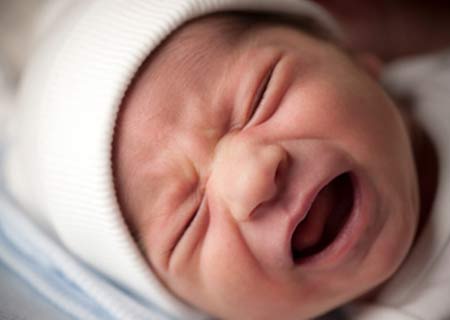 Baby colic is often characterized by incessant crying, which could also turn fatal for the infant’s life. A team of professionals from the University of California (UCSF) has affirmed that mothers suffering from migraines have about twice the chances of having a baby with colic.

As part of the study, about 154 mothers and their babies were examined. The mothers were enquired regarding the crying patterns of their babies and self experiences of migraines. Also, the scientists assured that the relentless crying of the baby was associated with the clinical definition of colic.

“If we can understand what is making the babies cry, we may be able to protect them from this very dangerous outcome,” commented Amy Gelfand, MD, a child neurologist with the Headache Center at UCSF.

The outcomes showed that mothers who suffered from migraines were 2 and a half folds likelier to have babies with colic. Cumulatively, 29% of infants who belonged to mothers with migraines suffered from colic. On the other hand, 11% of babies which belonged to mothers devoid of migraines, experienced colic. Generally, colic symptoms seen in babies are linked to gastrointestinal troubles. However, this correlation has not been affirmed by professionals.

The team believed that babies with colic may be more reactive to stimuli in their surroundings. This article titled, ‘Infant Colic is Associated with Maternal Migraine’ will be presented at the American Academy of Neurology’s 64th Annual Meeting in New Orleans.