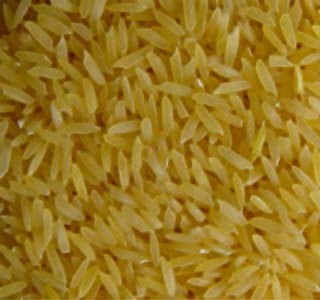 According to a latest research the beta-carotene found in “Golden Rice” seems to transform into vitamin A when consumed by human beings. At least this is what the researchers from the Baylor College of Medicine and Tufts University believe.

It was stated that this special type of Golden Rice was developed almost 2 decades back in the 1990s. It was believed to have been developed through the grant provided by the Rockefeller Foundation. The main aim for the development of this type of rice was to grow rice which had beta-carotene in its grain. It has been estimated that in every gram of Golden Rice there may be about 35 micrograms of beta-carotene. Beta-carotene is seemingly the precursor of vitamin A.

Vitamin A is stated to be so crucial that its deficiency may cause eye sight issues and may even lead to blindness. It was even stated that deficiency of this vitamin exists in huge numbers in those regions where rice may be the so-called staple food of poorer people.

For the purpose of the research about 5 healthy adults were believed to have been fed with a measured amount of this special type of Golden Rice. Following which the level of retinol was measured in their blood. Retinol is noted to be a type of vitamin A.

Dr. Michael Grusak, associate professor of pediatrics, USDA/ARS Children’s Nutrition Research Center, BCM and Texas Children’s Hospital, says that, “We found that four units of beta-carotene from Golden Rice convert to one unit of vitamin A in humans.”

Grusak further continues that, “By incorporating vitamin A into the major crop that is consumed, we would be able to make it accessible to the majority of people in the area.”

However it was also alleged that more evaluation needs to be conducted on this type of rice before making it available commercially.

This article appears in the present issue of the American Journal of Clinical Nutrition.

Selective hearing of birds during fall may hold lessons for humans,...