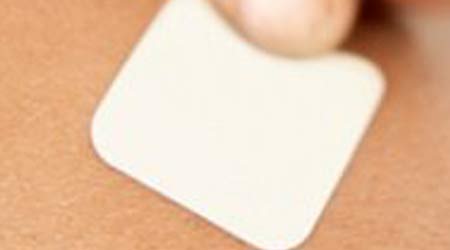 Nicotine replacement therapy (NRT) is cited to be an effective alternative for individuals aiming to quit smoking. However, its use in pregnant women has been a matter of deliberation. A team from the University of Nottingham has revealed that nicotine patches may not be successful in helping pregnant women kick the habit of smoking.

Nearly 1,050 pregnant women aged between 16 and 50 were incorporated in the trial. These subjects smoked 10 or more cigarettes 1 day before conception and about 5 or more of them after pregnancy. While 521 women were assigned to nicotine patch therapies, 529 women received placebo patches. A dose of 15 mg/16 hour nicotine patch, considered to be standard was used in the analysis.

Leading the study, Professor Tim Coleman from UK Centre for Tobacco Control Studies (UKCTCS) commented, “We think our findings are hugely significant. Smoking in pregnancy is the leading preventable cause of morbidity, death and health problems among women and babies.”

The participants were also counseled to quit smoking in the course of their pregnancies. As per the results, 9.4% of people in the nicotine set seemed to control smoking until delivery, as compared to 7.6% who took placebo. According to the team, this difference between the 2 groups was seemingly insignificant.

The scientists urged professionals to devise new ways for women to quit smoking during pregnancy. They believed that higher doses of nicotine patches might be of help, but more studies are required to affirm the outcomes.

The report titled, ‘A randomised trial of nicotine-replacement therapy patches in pregnancy’ is published in The New England Journal of Medicine.