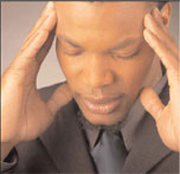 Scientists believe that they may have found a way to probe the mysterious phenomenon of feeling you have witnessed something before-déjà vu. Researchers at the Leeds Memory Group say that by using hypnosis, they may have some chance to understand this phenomenon. It is estimated that as many as 97% of people have experienced déjà vu. The term déjà vu is French and means, literally, “already seen.

Two key processes occur when someone recognizes a familiar object or scene. First, the brain searches through memory traces to see if the contents of that scene have been observed before. If they have, then a separate part of the brain hen identifies the scene or object as being familiar. The second process which takes place in a déjà vu may occur by mistake, so that feeling of familiarity is triggered by a new object or scene.

The volunteered were shown 24 common words. The researchers then hypnotized them and told them that when they were next presented with a word in a red frame, they would feel that the word was familiar, although they wouldn’t know when they last saw. Whereas green frames would make them think that the word belonged to the original list of the 24 common words shown to them.

After coming out of the hypnosis, the volunteers were presented with a series of words in frames of various colors, including some that were not in the original 24 and which were frames in red and green.

Out of the 18 people who volunteered, 10 reported a peculiar sensation when they saw new words in red frames and five said it definitely felt like déjà vu.

Akira O’Connor presented the findings to an International Conference on Memory in Sydney, Australia. He said, “This tells us that it is possible to experimentally dissociate these two processes, which is really important in establishing that they are indeed separate.”

Some people with temporal lobe epilepsy report frequent déjà vu. In a separate study on Déjà vu in France, it was found that electrically