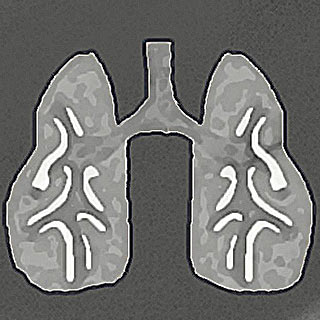 Cystic fibrosis medications are known to be useful in breaking down the mucus present in the lungs. However, apart from short-term benefits these medications have been found to have certain long-term benefits as well. The investigators from the University of Edinburgh, Oxford and Bath believe that these medications may also make the developed lung infections to be less harmful in the long run.

The Cystic Fibrosis Trust estimates that this inherited condition affects more than 8,000 people in the UK. People suffering from cystic fibrosis may find it difficult to breathe and digest their food because of the thick mucus which clogs their digestive system and lungs in addition to their other internal organs.

Lead investigator, Dr. Rolf Kuemmerli, a former researcher at the University of Edinburgh, says, “Treating cystic fibrosis patients with drugs that clear their lungs delivers short-term relief for the patient, but may have long-term health benefits too. We hope that our findings will underline the need for treatments that target mucus in the lungs.”

It was observed that the co-operating kind of bacteria may be more in number than the others in a thick and sticky environment (like thick mucus). Quite contrary to this, in a more liquid and gooey environment (like mucus broken down with drugs), an increase is notably noticed in the number of thieving bacteria. In fact, such a great amount of increase is noticed in this type of bacteria that they may eventually even outnumber the scavenging type. However, since these bacteria are not used to active hunting, their growth may decelerate.

These findings have been published in the Proceedings of the Royal Society B.