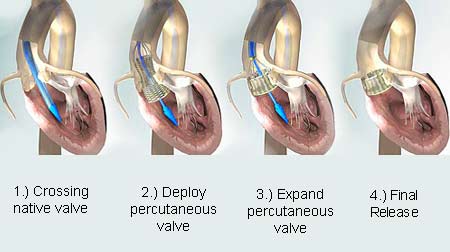 Sadra Medical has every reason to be happy. They have seemingly succeeded in raising about $30 million in new investment capital. Sadra is a company which pioneers novel therapies to reduce the invasiveness of treating aortic valve diseases. Their one such revolutionary discovery would be the Lotus Valve System, which is believed to be the first fully repositionable prosthesis for percutaneous aortic valve replacement (PAVR).

The PAVR is said to be the aortic valve replacement procedure where a valve prosthesis may be placed in the heart of the patient. This placement is made through a catheter which is believed to be piloted through the arteries of the patient. This process enables the substitution of a diseased aortic valve with a reduced invasive procedure. This in turn evades the suffering, attendant risk associated with open-heart surgery, and also the longer recovery period.

“Because of the limitations of first generation systems – currently in use at specially trained hospitals in Europe and the U.S. – PAVR remains an exacting, challenging procedure requiring great technical skill, and the clinical outcomes vary greatly. Sadra expects to change this landscape significantly, providing physicians with the necessary technology to make PAVR a routine clinical procedure,” says Charles E. Larsen, managing director and co-founder of Accuitive Medical Ventures.

Coming to Sadra’s innovative technology called the Lotus Valve System, as mentioned earlier it is believed to be the first fully repositionable technology which has been mainly designed to tackle both the diseased aortic valve of the heart and the necessities of a transcatheter aortic valve replacement system.

Larsen further says that, “Aortic valve replacement is a $2 billion market. By offering a solution that addresses the key needs doctors have identified as essential to make PAVR a standard therapy, and one which is less traumatic for the patient, the company has an excellent market opportunity.”

This breakthrough technology may be useful to interventional cardiologists to pilot a highly developed prosthesis to its destination. Also at the same time this system may allow them to have control over its placement so as to avoid disrupting the patient’s normal circulatory processes. More so the system’s adaptive seal is believed to reduce the amount of seepage around the aortic valve.

They are stated to have successfully completed a European feasibility study. Following which, they are expecting to soon conduct even more evaluations on this system. They hope to further enhance the functionality of the technology and make it commercially viable.