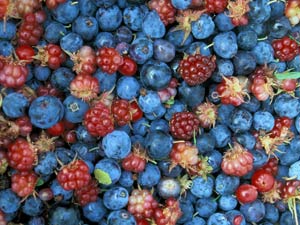 If humans are anything like rats, scientists at Tufts University in Boston may be on the road to discovering the fountain of youth for the human brain.

Reporting in the online edition of Neurobiology of Aging, Tufts psychologist Barbara Shukitt-Hale and her colleagues say a diet rich in berries improved the brain function of aging rats, WebMd reports.

The researchers split 60 male rats into three groups, giving one group regular food, another food laced with strawberry extract and a third group had food with blueberry extract.

Half the rats from each group were radiated to speed up the aging process and tested in an underwater maze.