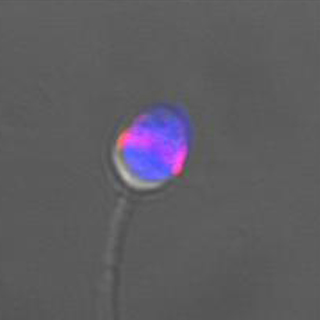 Researchers from Oxford University, Ghent University in Belgium, and the University of Massachusetts, Amherst in the USA have found a genetic mutation that lies behind one type of male infertility. This research seems to provide a novel approach to assist several couples who have been unsuccessful in IVF treatments. Also, it could possibly lead to the development of a male contraceptive pill.

It was believed that the mutation was seen in a man who had a defect in his sperm. Supposedly, he was unsuccessful with IVF treatment which he took at a clinic at Ghent University Hospital. The mutation was known to be detected in one specific protein present in sperm called PLC zeta. According to this latest research in which the Oxford team was known to play an important role, the sperm seemed to have transferred PLC zeta to the egg on fertilization. The protein was believed to have initiated a process called ‘egg activation’ which sets off all the biological processes essential for development of the embryo.

“An egg cell before fertilization is in a state of suspended animation. All the biological processes that occur in the growth and development of an embryo are on pause. At the moment of fertilization, when a sperm fuses with the egg, the egg bursts into life. It’s like a Prince waking Sleeping Beauty,” elucidates Dr John Parrington of the Department of Pharmacology at the University of Oxford.

For better understanding this criterion, researchers examined the sperm samples of nine men from the same clinic. Supposedly, in this clinic, an IVF procedure known as intracytoplasmic sperm injection (ICSI) had been unsuccessful. In each of these cases, the eggs appeared to have failed to activate.

It was noted that ISCI involves the direct injection of the sperm into the egg. Also, it is frequently used in IVF treatments in order to ensure fertilization. However, in nearly two to three percent of cases where ICSI was used, egg activation didn’t seem to occur and also the fertilized egg didn’t appear to grow. Apparently, ICSI was used in 47% of all IVF treatments in the UK in the year 2006. Thus, about 600 couples each year in UK were able to find out if they could not have children using this method.

The scientists were believed to have conducted a series of experiments to check how well the protein PLC zeta in these samples was functioning. They found that one man had a mutation in the gene for PLC zeta. Allegedly, this mutation was at a critical point and created a mutant form of the protein which could no longer trigger egg activation. This appears to be the first genetic mutation discovered in order to elucidate this type of male infertility.

Other samples showed new problems in PLC zeta like, since there was insufficient protein it was located in the wrong part of the sperm cell, or a condensed version was produced.

Dr Kevin Coward of the Nuffield Department of Obstetrics and Gynaecology at Oxford University, who was also involved in the research, stated that, “We have found that some men are infertile because their sperm fail to activate eggs. Even though the sperm fuses with the egg, nothing happens. The sperm lack a proper functioning version of the PLC zeta protein involved.”

In addition, researchers from the Oxford and Ghent University have revealed that this protein might overcome this problem. Couples, who need this protein, should be provided with a working version of the PLC zeta protein in IVF/ICSI treatment. This treatment may possibly help them in conceiving.

The researchers seemed to have injected mouse egg cells with a correct version of the gene. Apparently, they found that the egg cells produced protein for themselves instead of relying on the sperm cell. Also, the egg cells appear to be successfully active.

“This was a lab experiment and our method could not be used in a fertility clinic in exactly the same way. But in the future, if we could produce the PLC protein artificially, we could stimulate egg activation in a completely natural way. For those couples going through IVF treatment where ICSI has failed, it could give them the chance of a baby,” cautions Dr Parrington.

Dr Parrington further stated that, “It’s a bit of a cliche in the field that every advance like this gets talked up as a possible new contraceptive pill for men. However, now we know that this one protein is absolutely critical at the point where life begins, we can think about finding drugs that stop this protein acting, while leaving all the other PLC proteins in the body unaffected. While this discovery is just an initial step and there is no guarantee of success, a targeted male pill that would not have any of the side effects of the female pill is a tantalising prospect.”

As PLC zeta appears be essential for a fertilized egg to develop into an embryo, a drug which could hinder the protein may perhaps be a good candidate for a male contraceptive.

The findings have been published in the journal Human Reproduction.