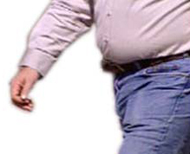 A new obesity pill that helps to control blood sugar levels in patients with type 2 diabetes could provide an all new way to treat the illness, a team of international researchers say. They found that the Sanofi-Aventis drug Acomplia, which is also known as rimonabant, also reduced risk factors for heart disease in patients with Type 2 diabetes who had not responded to standard treatments.

“These findings support the use of 20 milligrams per day of rimonabant, in addition to diet and exercise, as a new approach to reduce body weight and improve blood glucose control as well as other cardiovascular risk factors in overweight or obese patients with type 2 diabetes,” said Professor Andre Scheen of the University of Liege in Belgium.

Reducing weight and controlling glucose levels is important because diabetics have an increased risk of heart disease, stroke, blindness, kidney damage and nerve disorder that can lead to foot ulceration and amputations.

“Type 2 diabetes is a difficult disease to treat because we have had no optimal drugs until now,” Scheen said. “Available drugs can improve blood glucose control but unfortunately they promote weight gain, instead of weight loss,” he added.

In a study of 1,047 overweight and obese diabetes patients in 11 countries in Europe and North and South America, the researchers compared the impact of taking either 5 or 20 mg of the drug a day to a placebo for a year.

Patients taking the drug lost more weight, decreased their waist circumference, or abdominal fat, more and had better appetite and blood glucose control than those in the placebo group.

Scheen said the findings, published online by The Lancet medical journal, confirm results from earlier studies of the drug in overweight or obese patients without diabetes.

The drug was generally well tolerated, although some patients developed nausea, vomiting and anxiety.