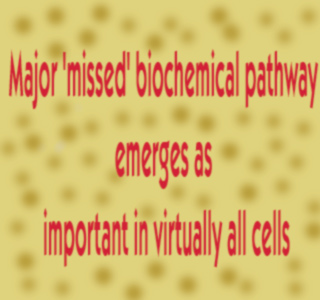 Researchers at the Duke University have conducted a new study which shows that nitric oxide (NO) system in the life of a cell plays a prime role in disease and the findings have indicated ways to improve the method of treating illnesses like heart diseases and cancer.

Jonathan Stamler, M.D., a professor of medicine and biochemistry at Duke University Medical Center who worked on the study says that the nitric oxide (NO) system in cells is, “a major biological signaling pathway that has been missed with regard to the way it controls proteins.”

Oxygen is transported to the tissues in the body by nitric oxide and NO also plays a vital role in the transmission of nerve impulses for physiological activities and for beating of the heart.

“What we see now for the first time in the Science paper is that there are enzymes that are removing NO from proteins to control protein activity,” Stamler said. “This action has a broad-based effect, frankly, and probably happens in virtually all cells and across all protein classes. Nitric oxide is implicated in many disease processes. Sepsis, asthma, cystic fibrosis, Parkinson’s disease, heart failure, malignant hyperthermia — all of these diseases are linked to aberrant nitric-oxide-based signaling.”

“Now we will need to study whether the aberrant cell signals are a matter of too much NO being produced and added to proteins or not enough being removed from proteins,” he said. “It is not simply a matter of too much or too little NO being in cells, but rather how much is being added or taken away from specific proteins, which is quite a different thing.”

In the study it has been written that the enzymes thioredoxin 1 and thioredoxin 2 take out nitric oxide from the amino acid cysteine within mammalian cells. And thus various actions in cells get regulated. The consequences of the removal process are that the molecules get activated starting apoptosis and bring normal programmed death of a cell.

This procedure has firm significance for various diseases which involves inflammatory diseases, heart failure and cancer. The basic reason is that the thioredoxins are the available aims of drug therapy for arthritis; the research recommends potential therapeutic applications of the process.

The paper says that the NO system is similar to the phosphorylation system wherein phosphates are added and subtracted from patients. The modifications in phosphorylation are seen in the common causes of diseases and proteins which adjusts phosphorylation and are drug targets, said Stamler.

There has been a similar kind of research at Duker which has been published in the journal Nature on March 16, which supports findings of Stamler’s. Christopher Counter, an associate professor in the Duke Department of Pharmacology and Cancer Biology, and colleagues have discovered that eNOS (endothelial nitric oxide synthase) which is an enzyme that can develop nitric oxide, has the tendency to promote tumor development and sustain tumor in mice.

“When we began our studies two decades ago, we hypothesized that nitric oxide was part of a significant, broad-based system,” Stamler said. “Our hypothesis never changed.”

The new findings have been presented in the May 23 issue of the journal Science.