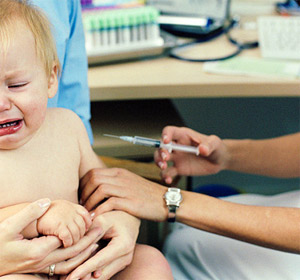 British and Canadian researchers have said that a new type of meningitis vaccine that boosts the immunity of infants as young as six months could just be a potential weapon against the deadly disease that affects babies aged 3 to 12 months old.

The meningitis vaccine called MenACWY, was made by Swiss drug maker Novartis AG and is targeted at four of the most common strains of meningococcal meningitis, which happens to be a potentially fatal bacterial disease that causes inflammation of membranes around the brain and spinal cord.

According to Matthew Snape of Britain’s University of Oxford, an older vaccine that is currently licensed in the US offers very poor protection for infants.

“This vaccine offers the hope that the number of young children experiencing this devastating illness can be dramatically reduced,” added Snape.

A research studied the safety and effectiveness of the new vaccine in 421 healthy infants from Britain and Canada. Children who participated in the study were given one of three different doses. The less frequent dosing groups had less protection against serogroup A, which is one of the strains of bacterial meningitis. The other three strains are C, Y and W-135.

It was found that at least 92% of infants who received the vaccine at two, three and four months developed antibodies to all four strains of the bacterial disease.

According to the researchers, the vaccine boosted immunity in infancy but was not large enough to prove the vaccine was safe.

The meningitis vaccine MenACWY, is also known as Menveo. It is currently in several late-stage trials. Novartis the manufacturers of this vaccine and who also funded the study, said that it aims to make regulatory submissions this year.

Does adding diuretics to another drug lower blood pressure?