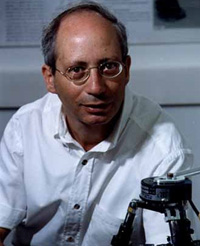 A team headed by Moshe Shoham of Haifa’s Techion has created a propulsion system for a miniature robot to travel through the spinal canal, making its way through cerebrospinal fluid.

This sure does sound like something out of a science fiction novel. What with compressing something to microscopic size and making it travel with the blood in a human body.

Moshe Shoham is also the primary developer of the SpineAssist robot, which can be used to help surgeons in performing delicate spinal procedures.

It should be noted that the requirements for a robot that moves through body cavities are strict. Firstly it should be small enough to move through the body. Secondly it must have a propulsion system that is flexible enough to work.

We have all heard of PillCam, which is a pill-shaped camera that is swallowed to picture the complete digestive tract. But PillCam moves along with the body’s own peristalsis and does not need a propulsion system whatsoever.

According to Shoham, “The first location we’re targeting is the spinal canal- which means the device will travel through the cerebral spinal fluid (CSS) which is clear and very similar to water. It doesn’t flow too fast, but it needs propulsion.”

Now that have the propulsion system, the team has yet to decide whether it will be a camera that takes out images or a subsystem which will take a biopsy.

Essentially, the robot would be a free-swimming endoscope, which has two actuators- swimming tails- that will have a camera in the head to broadcast images to a physician outside.

The Technion researchers explained that the robot is a unique swimming mechanism that is adapted to tiny sizes and, with very low power consumption. In the future they hope that the robot will also be able to perform biopsies and release medications for local treatment.

Shoham estimates that it will take several more years to complete the design of the robot’s payload and also to further miniaturize the design.