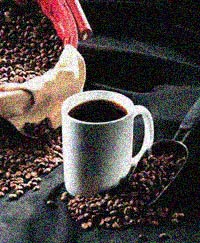 A new study has shown that drinking coffee can help relieve the aches and pains that develop after exercising. The study shows that two cups of coffee can cut muscle pain by nearly half.

Intake of a caffeine supplement equivalent to about two cups of coffee, an hour before exercise may reduce muscle pain afterward by 48 per cent.

The researchers analyzed nine women who didn’t drink coffee or exercise regularly. For the study, the volunteers took caffeine or a placebo a few days after working out, and then performed thigh exercises.

The results of the study indicate that the caffeine user underwent 48% less pain when exercising at their maximum.

According to Victor Maridakis, leader of the study, “If you can use caffeine to reduce pain, it may make it easier to transition from that first week into a much longer exercise program.”

The British Coffee Association validated the health benefits of coffee saying that it can improve alertness and performance and be used to aid sports training.