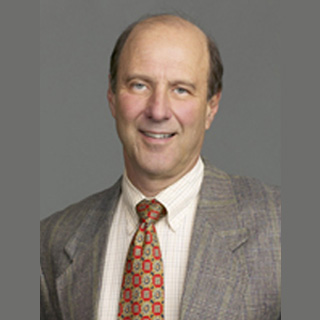 Researchers at Stanford University School of Medicine are believed to have been making use of neuroimaging to gain insights into a phenomenon known as ‘chemo brain.’ The research suggests that women with metastatic breast cancer could possibly be at risk for verbal memory impairments as a result of altered functional brain activation profiles.

Chemo brain is known to be a condition in which cancer patients have difficulty thinking, focusing and remembering. According to the researchers, the cognitive deficits seem to be ‘potentially specific to those treated’ with a certain type of combination chemotherapy. Earlier studies appear to have shown long-term memory problems and other cognitive deficits among cancer patients who have undergone chemotherapy.

A 2006 UCLA study stated that between one-fourth and three-fourths of breast cancer patients seem to suffer from cognitive impairment. Moreover, they have pointed to the neurotoxic side effects of chemotherapy as the potential culprit. A few researches have suggested that the impairment could perhaps be associated with illness-related stress.

Shelli Kesler claimed that the impairments may present a real quality-of-life issue for women. Also, some of her patients seem to have been unable to go back to work because of their difficulty in concentrating. However, there may not be specific treatments or preventive interventions for the cognitive impairments.

“For a long time people didn’t believe it was real. And psychological symptoms always take a backseat to physical problems associated with treatment, such as nausea, pain and muscle wasting,” elucidates lead researcher, Shelli Kesler, PhD, assistant professor of psychiatry and behavioral sciences and a member of Stanford’s Cancer Center.

Still, some researchers have turned their attention to the issue and previous neuroimaging studies are believed to have shown abnormalities of the prefrontal cortex in cancer patients who have undergone chemotherapy. Prefrontal cortex is a part of the brain which is known to play a critical role in planning, attention and memory.

The Stanford team was noted to have aimed to examine further and determine if verbal memory impairments were related to chemotherapy or chronic stress. This research was known to be the foremost group research of functional brain activation in this population.

During the research, the team examined 14 women with metastatic breast cancer or locally advanced breast cancer and a history of chemotherapy treatment, and 14 healthy women who served as controls. Apparently, they found deficiencies in the part of the brain involved storing of information.

During the investigation, the researchers appear to have used functional magnetic resonance imaging (fMRI). This was for the purpose of determining which parts of the women’s brain ‘lit up’ when the participants performed two aspects of a memory task.

Moreover, they examined participants’ levels of cortisol, a hormone released at high levels during chronic stress. Later, they administered a questionnaire designed to evaluate factors affecting stress. During the first, so-called ‘memory encoding’ part of the task, women seem to have viewed words of objects, such as ‘tree,’ and pressed a button to specify whether that word represented something man-made or not man-made.

Afterward, during the ‘memory recall’ part, women were again presented with words of objects and asked to press a button to indicate whether they identified the noun from the earlier task. Supposedly, some of the words were repeated from the earlier task; others were innovative but similar. For instance, ‘plant’ instead of ‘tree.’

The findings of the research revealed that the cancer patients seem to have performed as accurately on the tests as the healthy women. However, they appear to have considerably lower activation of the prefrontal cortex as compared healthy women during the first part of the memory task namely encoding or storing the new memory.

During the recall task, the women with cancer were observed to have shown activation of numerous parts of the brain that should have been resting. Also, because of the deficits related to memory encoding, the women seemed to have exerted more brainpower when recalling information.

“When storing information, the part of the brain that should help them didn’t work as well. And when retrieving information, the parts of the brain that should be resting were in overdrive. It is analogous to carelessly forgetting where you put your car keys. You expend a lot of extra mental energy finding them,” summarizes lead researcher, David Spiegel, MD, the Jack, Lulu and Sam Willson Professor in the School of Medicine and a member of Stanford’s Cancer Center.

Furthermore, the researchers found no connection between cognitive deficits and stress. For example, the cancer patients were not more distressed than women in the control group during the task. However, they did appear to link memory impairments with a specific type of chemotherapy. Moreover, patients who had undergone a combination type of chemotherapy, called CMF seem to have shown even lower prefrontal cortex activation during the first task in contrast to women who had been treated with other kinds of chemotherapy.

Clinicians may perhaps want to consider the findings when deciding on the type of treatment for their patients. The researchers’ contribution here is to put in another variable in the risk or benefit calculation. Also, according to them, the findings could possibly be applicable to patients with other types of cancer who have undergone chemotherapy.

The researchers were of the opinion that the findings also have crucial implications for potential interventions for patients experiencing ‘chemo brain.’ Presently, Kesler is believed to be carrying out a clinical trial of a rehabilitation program to improve cognitive functioning in breast cancer patients.

The findings of the research have been published in the journal, Clinical Cancer Research.