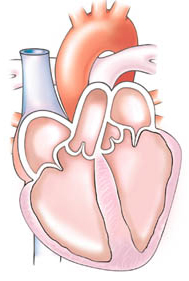 Obesity usually has numerous health hazards attached to it. However a new research can perhaps give all the obese around some relief.

According to the latest research, which appears in the American Heart Journal, obese patients hospitalized due to heart failure recoup better than their lean counterparts.

“This study suggests that overweight and obese patients may have a greater metabolic reserve to call upon during an acute heart failure episode,” said lead investigator Dr. Gregg Fonarow, adding “which may lessen in-hospital (death) risk”

Fonarow who works at the University of California, Los Angeles, along with his colleagues drew up this conclusion after analyzing data on almost 109,000 heart failure episodes in more than 80,000 patients.

Patients were grouped by body mass index (BMI), a measure of weight relative to height. A normal BMI is between 20 and 25 and subjects in the present study had ones ranging from 16 (very thin) to 60 (very obese).

Those with the highest BMI were younger, were more likely to have diabetes and had higher left ventricular ejection fraction, meaning that the heart was able to pump more blood out with each contraction.

The team lead by Fonarow, found that in-hospital deaths fell as BMI rose, even after accounting for factors including age, gender, blood pressure, and heart rate.

The team calls for further study to investigate underlying factors. “These findings,” Fonarow maintained, “raise the possibility that nutritional/metabolic support may have therapeutic benefit in specific patients hospitalized with heart failure”