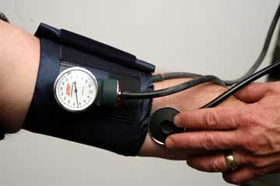 British scientists have developed a vaccine which they claim will help people suffering from hypertension to control their blood pressure. The vaccine developed by Cheshire-based drug firm Protherics, has been successfully tested and is expected in the markets within five years.

The vaccine uses a protein found in limpets, a sea creature, to attack a hormone called angiotensin produced by the liver. Angiotensin raises blood pressure by narrowing arteries. The vaccine, however, turns the body’s immune system against the hormone.

It would need a course of just three jabs, with a booster every six months. A booster shot every six months, or even once a year, would keep blood pressure low, the researchers said.

People who have tried it have suffered a few side effects, although one in ten did complain of a brief flu-like illness.

Protherics is planning trials of an improved version of the vaccine, which is ten times more effective at stimulating the immune system than its original formula.

“Improving compliance in this way could save thousands from life-threatening complications such as heart attack or stroke,” said Andrew Heath, an official of Protherics.

High blood pressure which affects a third of all adults doubles the risk of dying from heart disease or stroke and is blamed for 60,000 deaths a year in Britain. It is currently treated with pills with side effects and some patients simply stop taking them.

The Swiss firm Cytos Biotechnology is also developing a similar vaccine that uses an empty virus shell to spur the immune system into action.