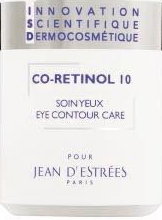 According to a new study on aging skin, Retinol lotion may help to ease the appearance of fine wrinkles in elderly skin.

Past of the study was skin expert Sewon Kang, MD, of the University of Michigan’s dermatology department.

Kang’s team added retinol, a derivative of Vitamin A to an over-the-counter moisturizer. For comparison, they also made a placebo lotion containing no retinol.

Also, his team put the lotions in separate, identical bottles, so that no one could tell which bottle contained the retinol lotion.

These lotions were tested by 36 healthy people who were at least 80 years old at two senior centers in Michigan.

Firstly, the researchers photographed the skin in participants’ inner upper arm, as it is a spot that is not likely to be affected by sun damage. Participants also got a skin biopsy from their inner upper arm.

After that, half of the elders received the retinol lotion, while the other half got the placebo lotion. They were scheduled to use their assigned lotion on their inner upper arm three times weekly for six months.

At the end of the study, participants for another skin biopsy and more photos were clicked of their upper inner arm.

It was found that the elders who had used the retinol lotion had a reduction in the appearance of fine wrinkles in their inner upper arm. Those changes started after four weeks of retinol treatment and lasted throughout the study.

Obviously, the wrinkles did not change for those in the placebo group. Retinol didn’t erase wrinkles forever. The researchers followed 11 participants for six months after retinol treatment ended. The skin differences seen in the study faded during that time. The study appears in the Archives of Dermatology.