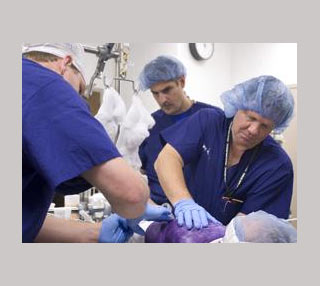 When parents are informed that scoliosis of their babies may require treatment, they frequently try bracing. If it does not work, surgery may be needed to position metal rods in their backs with spinal fusion later on. These children face the possibility of impediments from the surgery and their backs and chests could be stiff throughout their life.

A new research from the University of Rochester Medical Center (URMC) apparently confronts that treatment and could result in doctors to decide to tweak an old technology i.e. casting over via high-tech implantable devices. Casting seems to have lesser, and not many possible impediments and it may not require any surgery. In fact, with the correct preparation and equipment, the specialized, chain of casts may be done as outpatient procedures.

“Best of all, we can cure some children with progressive infantile scoliosis, something we can’t do with surgery and devices. If we cast these children before their curvatures become severe and before they turn 2, our chances of avoiding surgery and potentially curing them are much better ” commented, James O. Sanders, M.D., chief of Pediatric Orthopaedics at the URMC.

This research examined about 55 patients with progressive infantile scoliosis at Shriners Hospitals for Children in Erie, Pa., Salt Lake City and Chicago. A technique of casting known as EDF was used that may benefit from the children’s quick growth to undo and un-curve their spines over time. It may also make use of a specialized table and casts with deliberately positioned holes.

Sanders and URMC colleague Paul Rubery, M.D., an orthopaedic surgeon, are said to be two of only a handful of surgeons nationwide who apparently apply this specialized method with the objective of curing, not just delaying surgery.

Children receive anesthesia and ventilation during the casting as the strain on the chest during the process could make breathing hard. The cast may expand over the shoulders and down to the pelvis, but large holes are supposedly left open between to alleviate strain on the chest and abdomen while averting the ribs from revolving. The complete process may not take more than an hour. Depending on the child’s age and severity of the curvature, the procedure could be finished in about two years.

Even though the casts could be limiting and may cause some difficulty with mobility, at first, Sanders is of the opinion that parents may nearly be astounded by how swiftly their children become accustomed. Children may not be able to swim or be immersed in a bath, but they may otherwise be unobstructed in their activities.

Present treatments, like the vertical expandable prosthetic titanium rib (VEPTR), which are apparently joined to the inside of the ribs and regulated over time. Growing rods which are supposedly placed close to the spine and extended over time may be intended to postpone spinal fusion. They are not supposedly a treatment for the disease, and they may present a whole lot of possible complications like infection, pulling loose and causing stiffness in the chest and back.

Sanders mentioned, “Casting remains the only method which can cure some of these curves.”

But casting may be unable to treat all curvatures and a few children could still need growing rods of the VEPTR. Among children in this study a little more than about 10 percent saw their curves deteriorate and they apparently required surgery.

Sanders mentioned that upcoming research may concentrate on finding the best treatment choices for these children, for older children and for those with large curvatures.

This research was published in the journal of Pediatric Orthopedics.