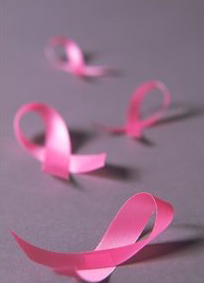 Scientists have discovered four new genes linked to breast cancer. This marks a significant step towards designing tests to predict a woman’s risk of developing the disease.

The study found that these four identified genes appear to make a woman more susceptible to certain familial or inherited forms of breast cancer. The researchers too, are confident that their study will allow a screening programme, in which the inherited risk of developing cancer can be assessed for every patient, to be placed in an estimated 12-15 years.

Douglas Eaton from the UK and his colleagues compared the genetic make-up of over 21,000 breast cancer patients and 22,000 women with no cancer to identify the four previously unknown genes.

One of the new genes, when found in a mutated form, increases the risk of developing the cancer by up to 60 per cent — giving a woman a one in six chance of the disease. Its most damaging variant is carried by one in six women, making it much more common than previously identified genes that contribute to breast cancer.

During the 1990s, scientists had identified two genes — BRCA1 and BRCA2 — associated with breast cancer that runs in families.
“But these susceptibility genes account for less than 30 per cent of the familial risk of breast cancer,” said Satya N. Das, professor of biotechnology at the All India Institute of Medical Sciences in New Delhi.

“We’ve always suspected that there were other undiscovered genes,” said Das, who has conducted studies in India to identify mutations for inherited breast cancer here.

With several susceptibility genes, scientists hope to design predictive tests that could tell women their risk of developing breast cancer. “A woman who has a family history of breast cancer and who has such genes would need to be extra careful about diet and hormone levels,” Das said.

Easton and his colleagues who discovered the new susceptibility genes said the four new genes by themselves do not appear appropriate for predictive tests as they account for only a small proportion of inherited breast cancer.

However, as new susceptibility genes get identified in future through similar studies, scientists hope to design tests that combine several such genes to predict a woman’s risk of developing the cancer.