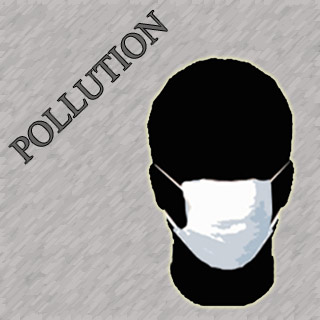 Researchers have found that a contact with engine pollution results in stiffness in the arteries of a group of healthy volunteers. It has been discovered that arteries lose their flexibility when exposed to diesel exhaust. It was found that wearing a face mask may help prevent this adverse effect from taking place.

For the purpose of the research, 12 non-smoking young men were asked to cycle on exercise bikes. They had to breathe in either, filtered air or polluted air which had smoke from a diesel engine. It was found that when exposed to the contaminated air, the blood vessels of the subjects lost their ability to expand and contract.

Nicolas Mills, from the University of Edinburgh and colleagues conducted this research with the aim of verifying the effects of diesel smoke on the heart. Mills states that, “Acute exposure to diesel exhaust is associated with an immediate and transient increase in arterial stiffness. This may, in part, explain the increased risk for cardiovascular disease associated with air pollution exposure.”

He also says that, “Stiff arteries can result in raised blood pressure and reduced blood flow in the heart. Arterial stiffness plays an important role in hypertension and is an independent predictor of mortality.”

However, in another article, the researchers had discovered a simple way of overcoming or preventing this criterion from taking place. They state that wearing a face mask may reduce an individual’s exposure to airborne pollution particles. This may in turn lower blood pressure and ensure a better control over the heart rate during exercise.

“We tested a range of facemasks that differed widely in their efficiency as particle filters. In general, those masks designed to reduce occupational exposure to dusts in the workplace were more efficient than those marketed to cyclists and pedestrians,” said Jeremy Langrish from the University of Edinburgh.

Face masks were said to have the potential to protect people against the harmful effects that pollution may have on their heart. This protected them from developing any cardiovascular damage incurred due to air-pollution.

These findings are published in the journal Particle and Fibre Toxicology.