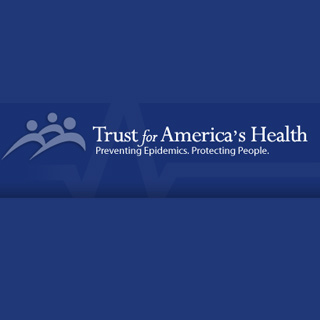 In an obesity feature we talked of how childhood obesity appears to be a serious issue. On similar lines, a study conducted by the Trust for America’s Health (TFAH) and the Robert Wood Johnson Foundation (RWJH) scientists, adult obesity rates have apparently increased in 16 states in the last year and have not shown signs of declination in any state.

As per the report, presently 12 states seem to have obesity rates above 30 percent. Only 1 state was above this degree 4 years back. The epidemic appears to be driven mostly in the South which is inclusive of 9 out of 10 states with highest rates of obesity. Northeastern and Western states seemingly have lower rates. Mississippi ranks first with the highest rate of obesity whereas Colorado has the lowest rate that is less than 20%.

The report observes the growth of the problem of obesity in the past 2 decades. 20 years back, no state had an obesity rate above 15%. Presently, more than 2 out of 3 states have rates above 25%. Every state was analyzed from 1995, which shows that obesity rates seem to have doubled in 7 states and have risen by almost 90% in 10 other states. The states that have the highest figures are Oklahoma, Alabama, and Tennessee, and slowest in Washington, D.C., Colorado, and Connecticut.

“Today, the state with the lowest obesity rate would have had the highest rate in 1995. There was a clear tipping point in our national weight gain over the last twenty years, and we can’t afford to ignore the impact obesity has on our health and corresponding health care spending,” remarked Jeff Levi, Ph.D., executive director of TFAH.

The data also reveals that diabetes and high blood pressure have apparently increased in the last 2 decades. Since 1995, diabetes rates have probably become twice in 8 states then the initial number. Rates of hypertension are supposedly above 20% in every state and 9 states are above 30 percent.

Almost 33% of adults who did not finish their graduation are apparently obese, while the rate is 25% among students who are graduates. Almost 33% of adults who earn an income of less than $15,000 per year appeared to be obese while the rate was 24.6% among those who earned a minimum of $50,000 yearly. The study also put forward a set of recommendations from TWAH and RWJH for policymakers as well as food or beverage manufacturers on how they could help restore the problem of obesity to an extent.

The study is a part of the report ‘F as in Fat: How Obesity Threatens America’s Future 2011’.