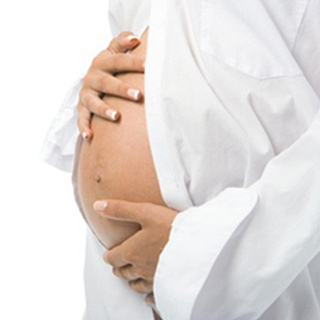 Women are being warned that taking iron pills during pregnancy could do them more harm than good.

Doctors say that unless a pregnant woman is anemic, extra iron could cause her to develop high blood pressure, which in turn may lead to her baby being born smaller.

In fact, for over 20 years, mothers-to-be have been advised to take iron supplements, although the Food Standards Agency now recommends they get the mineral from a balanced diet rather than pills.

The study was conducted by researchers at Tarbiat Modares University in Tehran and examined 727 women who had normal levels of iron supplements during pregnancy were more likely to develop high blood pressure and to have a baby that was small for its gestational age.

They gave 370 women a 150mg dose of ferrous sulphate, which is equal to approximately 30mg of iron, every day throughout their pregnancy. A similar number of women were given a placebo or dummy pill containing no iron.

The number of women with high blood pressure, a disorder that can also cause problems for the mother and child, was higher in the women given the iron pills than in the other group, according to a website.

Lead researcher Saedeh Ziaei said, “Our trial suggests that administering iron may have some disadvantages in non-anemic women.”

In western countries, unless a pregnant woman is suffering from anemia, iron supplementation is not routinely given during pregnancy.

In India, however, due to a variety of reasons like malnutrition, vegetarian diet and deep-frying of vegetables, it is assumed that most women are iron-deficient. Hence, doctors recommend pregnant women to take iron supplements routinely.