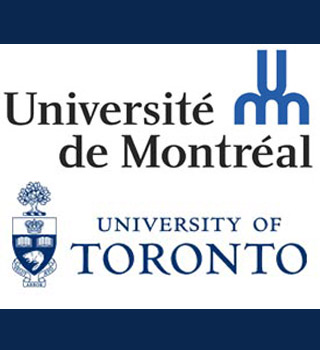 Surprisingly, most smokers are believed to smoke in order to forget their problems, however unknowingly they may fall into a larger pit which could be tougher to get out from. Researchers from the University of Toronto and the University of Montreal have unearthed the fact that an activity like smoking could lead to higher depressive symptoms in a few teenagers. A study had been conducted on around 662 teenage students from high schools, grades 7 to 11.

Participants were asked to fill up 20 questionnaires regarding their usage of cigarettes to improve their moods. The researchers had chosen secondary schools to have a mixture of urban and rural schools, French and English participants, as well as a blend of schools located in high, moderate and low socioeconomic environs. The findings are a part of a long-term Nicotine Dependence in Teens (NDIT) study by the University of Montreal Hospital Research Centre.

“This observational study is one of the few to examine the perceived emotional benefits of smoking among adolescents,” said lead author Michael Chaiton, a research associate at the Ontario Tobacco Research Unit of the University of Toronto. “Although cigarettes may appear to have self-medicating effects or to improve mood, in the long term we found teens who started to smoke reported higher depressive symptoms.”

These participants had been divided into three groups, namely never smokers, those who used cigarettes to self-medicate and those who did not smoke cigarettes to self-medicate, or improve mood or physical state. Their depressive symptoms were estimated with the help of a scale questioning them on how frequently did they feel unhappy, sad or depressed. Additionally they were asked whether they faced trouble going to sleep or staying asleep, felt too tired to do things, felt nervous or tense, felt hopeless about the future or were worried too much about things.

“Smokers who used cigarettes as mood enhancers had higher risks of elevated depressive symptoms than teens who had never smoked,” says coauthor Jennifer O’Loughlin, a professor at the University of Montreal Department of Social and Preventive Medicine and scientist at the of the University of Montreal Hospital Research Centre. “Our study found that adolescent smokers who reported emotional benefits from smoking are at higher risk of developing depressive symptoms.”

Teenagers who claim to feel better on smoking usually showed a connection between depression and smoking. Dr. Chaiton has stated that it is necessary to highlight that depressive symptom scores were tabulated to be higher among teenagers who had said that they felt emotional benefits from smoking after they began to smoke.

The study was penned in the paper ‘Use of cigarettes to improve affect and depressive symptoms in a longitudinal study of adolescents’. This had been published in the journal Addictive Behaviors.