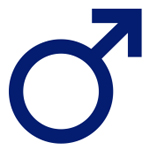 The researchers reviewed the health records of a large number of men over a long period of time, and they found that the risk of prostate cancer was considerably lower in men who took drugs to reduce their cholesterol level for other health reasons. Also the men suffering from prostate cancer reduced their chances of getting the aggressive form of the disease by taking the drug, statins.

At the Garvan Institute, Sydney, the researchers have also identified a new marker for prostate cancer. This marker can help in the identification of men who are at a high risk of developing metastatic disease even after the removal of the cancer affected prostate gland. This would further help in customizing the treatment for prostate cancer sufferers who are at a risk of suffering from life threatening metastatic disease. This marker can also be used for the early detection of the disease in men.

Thus health experts insist that improvements should be made in lifestyle and diet through proper exercise and a healthy diet, to reduce cholesterol levels and the risk of heart disease even if the cholesterol prostate cancer link has not been completely established yet.

Acupuncture may be effective in relieving Menstrual Pain

Brain Volume alleged to be changing in people with Anorexia Nervosa