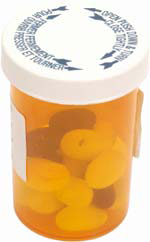 A new research has suggested that one should always choose the safest pain killer first to get rid of pain, as some pain killer drugs may raise the risk of heart attack or stroke.

The American Heart Association (AHA) has step by step recommendations that can help you choose a pain reliever that’s good for both the heart and stomach, reports the June 2007 issue of the Harvard Heart Letter.

It suggests starting with Aspirin or Acetaminophen (Tylenol) to quell muscle or joint pain. Aspirin is good for the heart and Acetaminophen doesn’t affect blood clotting.

If they don’t work, the next step for most people would be a Non-steroidal anti-inflammatory drugs (NSAID). Try Naproxen (Aleve) first, then Ibuprofen (Advil), the association said.

Next is Diclofenac, but more caution is needed with this drug (which is available only by prescription). Celebrex, the only drug in the class known as COX-2 inhibitors that remains on the market, should be the last resort for managing pain.

In addition to the side effect of increasing the risk of clots in the bloodstream, COX-2 inhibitors can also reduce blood flow through the kidneys and raise blood pressure.

For short-term pain in some people, a narcotic pain reliever such as Tramadol (Ultram), Codeine, or Fentanyl (Actiq, Duragesic) may be an option.

The Harvard Heart Letter notes that one shouldn’t be afraid of taking Aspirin, Tylenol, Advil, or Aleve for occasional aches and pains.