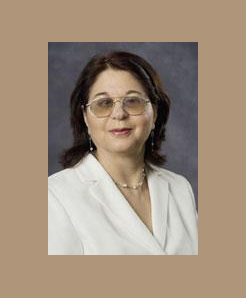 Cancer may not always be the cause of inflammation, but chronic inflammation is known to aid in the growth of tumor cells. Scientists from the Virginia Commonwealth University Massey Cancer Center have found a probable link between chronic inflammation and cancer. The findings seem to provide new target for cancer treatment.

The experts analyzed the way sphingosine-1-phosphate (S1P) controls both inflammation and cancer. S1P is known to be a lipid mediator in the blood that changes immune cell circulation. The S1P is described as a missing cofactor essential for the activity of TRAF2, which is a key regulator of NF-kappaB. It is assumed that NF-kappaB acts as a master on-off switch in regulating inflammation and cancer.

Sarah Spiegel, co-leader of VCU Massey’s Cancer Cell Signaling Program and chair of VCU School of Medicine’s Biochemistry and Molecular Biology Department alleged, “It is difficult to find an area of physiology and pathophysiology in which S1P does not have important if not key roles. Appropriate to its name, which is associated with the enigma of the Sphinx, how S1P so profoundly regulates cell fate decisions has long remained a mystery.”

The lipid mediator S1P is believed to stimulate cell growth. Along with the kinase, S1P seems to produce SphK1 that is known as a hallmark controller of various fundamental biological processes affecting health and disease. The way a simple molecule as S1P carries out several roles may astonish researchers. It may function as a ‘first messenger’ a ligand or agonist binding to certain cell surface receptors. And also inside the cells as an ‘intracellular second messenger’ which appears as a necessity for activation of the transcription factor NF-kappaB.

The results can possibly help understand the importance of the enzyme that produces S1P, SphK1, in protection of cancer cells against chemotherapeutic drugs. Also the relation of its levels with poor prognosis in many types of cancers, like breast, colorectal and brain may be found out. It is assumed that specific SphK1 inhibitors being developed by the researchers can aid in ascertaining potent and specific drugs that target SphK1 for the treatment of cancer.

The research is published in the June issue of Nature.