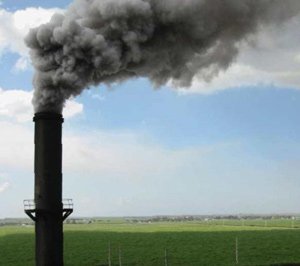 A new research has shown that air pollution affects women more than men. A study was conducted by researchers at Pennsylvania State University on mice to see the effects of air pollution.

The researchers studied two groups of mice with pneumonia. One group of mice was exposed to ozone, an air pollutant. The other group of mice breathed filtered air.

The exposure to ozone significantly decreased the likelihood of female mice surviving pneumonia as compared to males.

The researchers also found that mice that were exposed to ozone died more often than mice that breathed filtered air.

At ground level, ozone is a very dangerous air pollutant that can cause irritation in the respiratory system, triggering shortness of breath, chest pain when inhaling deeply and wheezing and coughing.

And for those wondering where it comes from; ozone is formed when sunlight acts on hydrocarbon pollutants coughed out into the air by vehicles and industrial processes.

The latest study is the first to suggest that air pollutants have a significantly higher negative effect on females, compared to males. However, scientists have found in the past that there are differences in immune function between males and females.

“If we could extrapolate what we found to the human population, it would mean women with lung infections may be at higher risk for negative outcomes if they are exposed to high amounts of air pollution, and in particular, ozone,” said researcher Joanna Floros.

Cigarettes could be contaminated with harmful bacteria