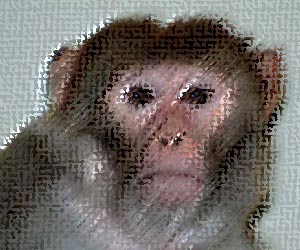 Paraplegics can now look at the sunny side of situations. A team of scientists at the University of Washington have discovered a novel way of re-linking the brains of paralyzed monkeys to their limbs and muscles. This should bring new found hope to the thousands of paraplegics unable to walk.

“Potentially this could help people with spinal cord injuries to walk again,” reveals, Chet Moritz who carried out the research with Eberhard Fetz.

Joseph Pancrazio, PhD, a program director at the National Institute of Neurological Disorders and Stroke which helped fund the research commented, “This study demonstrates a novel approach to restoring movement through neuroprosthetic devices, one that would link a person’s brain to the activation of individual muscles in a paralyzed limb to produce natural control and movements.”

As part of the research, scientists trained a monkey to play a simple video game using its hand to twist a button on a control panel. Next the arms of these monkeys were temporarily anaesthetized i.e. the monkey was paralysed by chemically stopping the nerve that controlled its arm. After this the novel neuroprosthetic device was attached to the monkeys arm and interestingly the monkey was able to play again.

The artificial link draws in the placement of implants in the brain which are in turn connected to a computer which is further connected to limb muscles. This medical breakthrough researcher’s claim will bypass most spinal injuries and nerve damage. Thus patients can once again be assured of directly controlling their movement through thought. Experts also mention that 10 years down the line there will be a drastic improvement in the quality of life of paraplegic’s thanks to this new technique.

The method of treatment will allow paraplegics to carry out simple tasks like holding coffee cups and eventually even helping them to walk again. It brings in some much needed relief as the results could have promising implications for millions of people around the world affected by spinal cord injuries and neurological diseases.

With human trials quite possible within the next five years, researchers are actually looking forward to the practical implications of this cutting-edge discovery.

These findings are published in the journal Nature.