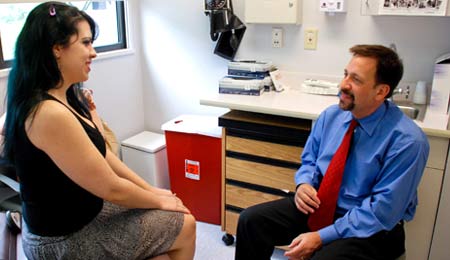 It’s only now that we see women postponing a pregnancy due to other obligations like career or other family issues. Coming as an advice to all these women is a study from Yale University professionals which puts forth that fertility or the biological clock is irreversible.

Of late, many women in their early 40s have been reaching out to clinicians with an aim to achieve conception. Only, then do they realize that it is not that easy a task at an age when the most fertile days are probably reaching an end.

Dr. Pasquale Patrizio, professor in the Department of Obstetrics & Gynecology at Yale School of Medicine and director of the Yale Fertility Center, commented ,“There is an alarming misconception about fertility among women. We also found a lack of knowledge about steps women can take early in their reproductive years to preserve the possibility of conception later in life.”

Avenues like assisted reproductive technologies (ART) including IVF have raised the hopes of most women. But, the point to note is that even if these women attain pregnancy, there could always be a risk of embryo loss, birth defects or other complications. Other strategies like egg freezing and donation are also used as they seem to be successful in some women.

The investigators have urged professionals to educate women regarding their potential to get pregnant. Reproductive age cannot be reversed is what most women need to understand.

This report is published in the journal, Fertility and Sterility.