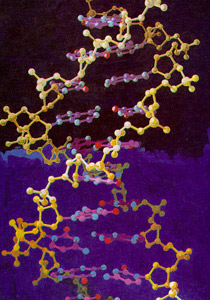 Having an extra copy of a certain gene may protect from cancer and could slow down ageing, according to researchers.

Scientists at the Spanish National Cancer Research Center in Madrid have found that mice with an extra copy of the p53 gene live longer than those with just one copy, and are better at combating the cell damage that causes ageing.

The study, published in this week’s Nature magazine stands in direct contradiction to previous work, which showed that a boost in p53 kept mice cancer free but also caused them to age more quickly.

First discovered in a 1979 study, p53 is one of the world’s most researched proteins. When triggered by DNA damage, p53 instructs cells to commit suicide or to stop dividing – nipping cancers in the bud.

Researchers have now discovered that the protein turns on cellular production of antioxidants, which mop up damaging molecules.