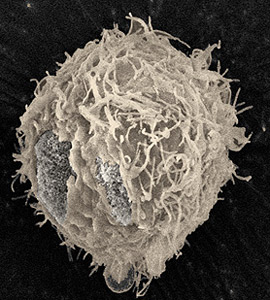 Researchers at the Massachusetts Institute of Technology have learned that a specific protein may hold the key to restricting the spread a prostate cancer.

The cancer research team at the MIT University has found that Protein 4.1B can play a key role not only in suppressing prostate cancer, but also in predicting where forms of the disease may spread.

The MIT research team gathered its findings on the basis of a study which involved injecting mice with prostate cancer tumors. Then, they compared the various metastatic properties of its cells.

The research prompted them to suppress Protein 4.1B in several poorly metastatic cells and those cells ability to spread quickly grew.

According to MIT professor Richard O.Hynes, those findings are likely to be similar in humans as low levels of that protein have been found in patients with metastatic prostate cancers.