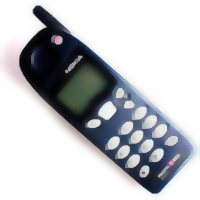 A study on the possible effects of cell phones has revealed that there is no evidence that mobile phone masts cause fatigue, anxiety or headaches.

In the study led by Elaine Fox of the University of Essex in Britain, 44 self-reported EHS 9electromagnetic hypersensitivity) sufferers and 114 volunteers were exposed to the frequencies emitted by the conventional GSM masts and the newer 3G net6works.

Sometimes no signal was emitted as a control.

The experiments were designed to see whether humans could detect electromagnetic radiation and also whether exposure to radiation from mobile phone masts could account for the reported symptoms of EHS which range from headaches to skin rashes and fatigue.

The experiments revealed that only two of the 44 EHS sufferers could reliably tell whether the signal was switched on or off.

A near-identical proportion (4.4 percent) of the volunteers did the same.

The study also showed that there was also no evidence that the electromagnetic signals were responsible for any symptoms.