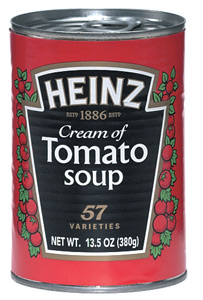 Scientists have claimed that just a bowl of tomato soup daily could help to boost fertility in men.

Researchers at the University of Portsmouth have revealed that lycopene, which gives tomatoes their bright red color, can help to improve male fertility and turn sperm in to super-sperm.

The researchers made six healthy male volunteers consume a can of Heinz Cream of Tomato Soup every day for two weeks at a stretch. The results showed that consuming tomato soup for a fortnight definitely had some effect on semen.

Seminal levels of lycopene increased by between 7 and 12 per cent.

Basically, it is known that Lycopene has antioxidant properties which can help protect DNA, killing harmful chemicals in the body, known as free radicals, which can play a part in infertility.

The researchers suggested that the result was a creation of ‘super sperm’ that had the potential to boost male fertility.

“It’s good to know that Heinz Cream of Tomato Soup could boost your mojo and give guys extra oomph. And for Heinz Ketchup lovers, the tomatoey goodness will put more ketchup in your bottle,” said Nigel Dickie, a spokesman for Heinz.

It must be noted that even though the Portsmouth study found that Lycopene levels rose in semen after a period of soup consumption, there was no actual measurable increase in the sperm’s ability to combat damaging free radicals.

The scientists also said that more research was needed to see if higher lycopene levels would help to boost fertility in men.