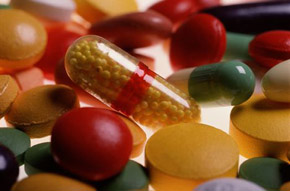 Health experts have warned that while excessive drinking and smoking as well as lack of exercise could aggravate osteoporosis, indiscriminate intake of calcium to fight the debilitating bone disease could lead to other problems too.

While there could be a danger of stiffness of joints and pain in bones due to lack of calcium in the body, excessive dose of calcium could cause kidney stone, Dr. M M Khurana of Novartis India, Mumbai and Dr Sunil Gupta, in charge of Guru Nanak Dev University Health Centre said.

They advised people to set their dose of calcium on the advice of their physicians after undergoing the Bone Mineral Density Checkup.

The diagnosed patients should have a follow-up after three months, they stressed, while addressing media persons after holding a Bone Mineral Density Checkup Camp.

Of late, it had been observed that due to increased awareness about the disease, there was a trend among middle-aged people, especially among post-menopause women to increase their calcium intake, mainly in form of tablets, without consulting any medical practitioner, which could be harmful, they stressed.

The camp was organized by the Novartis India Ltd., Mumbai in collaboration with the Health Centre of the University. More than 200 staff people underwent the test.