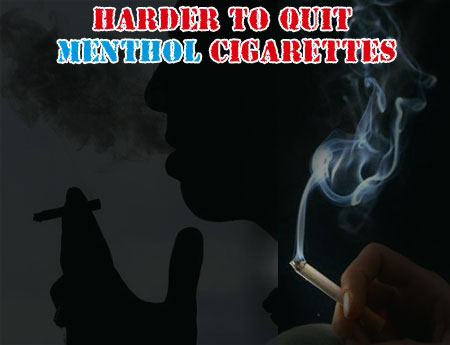 If you thought Menthol cigarettes were ‘light’ and hence easier on your lungs, think again. A recent study by Dr. Mark J. Pletcher, professor of epidemiology at the University of California, San Francisco and his team of researchers suggests that while cigarette for cigarette, menthol flavored fags might not be more harmful but they are harder to quit.

Due to cultural reasons such as targeted advertising over the years, black smokers at 70% are much more likely to smoke menthol cigarettes than white smokers. Researchers hoped the study would explain the disproportionately high rates of cancer, cardiovascular disease and other smoking-related illnesses among black Americans despite a lesser tendency to smoke than whites.

Most of this difference is explained by the fact that black smokers were more likely to smoke menthols and less likely to quit smoking.

One reason might be that menthol tastes better and hence more support is needed while quitting. Another reason might be the ‘clean’ or ‘cleaner’ image of menthol since it’s in cough syrups and tooth pastes. If you think smoking menthol cigarettes is not that harmful, you are less likely to stop.

Also, menthol creates smoke that feels cool and anesthesizes nerve endings in the throat and air passages. Therefore, there is less jarring in the lungs and smokers may inhale deeper and be able to tolerate more cigarettes. Menthol appears to inhibit the metabolism of nicotine allowing it to stay longer in the body increasing exposure to the addictive substance.

What it all boils down to is that most smokers, at least those who are somewhat educated and/or informed know that smoking causes cancer. How much of this awareness is due to the statuatary warning on the packs is another issue altoghether.

Many smokers believe that because thay smoke ‘light’ cigarrettes or do not smoke as much as others or more popularly, are not chain smokers, they face a lesser risk of developing cancer. Nothing can be further from the truth. A very fundamental misconception is that a certain number of ciggarretes and the rate of smoking are directly related to the risk of cancer.

Cancer research has light-years to cover before we have fair understanding of cancer development. And each case is different than the other, many variable factors such as life-style, stress levels genetics being involved.

So while the report may not be conclusive about menthol cigarettes being more harmful, it does once again drive home the point that any kind of smoking is bad.