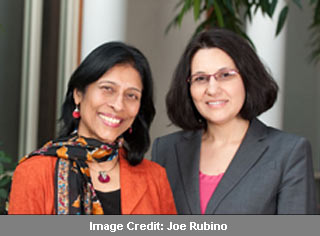 The breast cancer realm is exposed to new techniques of treatment each day, be it something natural like consumption of flaxseeds or lab oriented like use of betablockers. Opening one more door to remedial measures, experts from the Johns Hopkins Kimmel Cancer Center have demonstrated the effect of porting anticancer medication into breast ducts through the nipple of animal specimens of initial stage breast cancer.

The trial comprised 17 breast cancer patients who were administered pegylated liposomal doxorubicin, (PLD) through their breast ducts by utilizing a tiny catheter entrenched into the nipple. This method was not used for treating cancer as the women in the test had well-grown tumors and were expecting mastectomies. Nevertheless, the team found that single doses of PLD injected into breast ducts seemingly resulted in just mild side-effects like nipple pain and breast fullness.

Oncologist Vered Stearns, M.D, explained, “Intraductal delivery of PLD resulted in much higher concentration in the breast compared to the circulation, whereas in the women with intravenous doses we saw relatively high concentrations in the blood but very little, if any, in the breast.

In animal researches, the scientists analyzed the intraductal effectiveness of usual anticancer drugs such as 5-fluorouracil (5FU), carboplatin, methotrexate and paclitaxel, which were all pitted against PLD. The outcomes showed that intraductal 5FU supposedly prohibited most cancers as compared to no drug or intravenous delivery. It also seemed to result in shrinking of breast tumors with greater efficacy in about 10 of 14 treated rats at researcher Sukumar’s lab.

5FU appeared to work equally well as prevention and as a therapy. Another striking feature is that large concentrations of intraductal 5FU may prevent tumor formation in other untreated ducts as well. The experts believe that this is an attractive feature since there are some blind ducts which are apparently not connected to the nipple, and hence out of reach for intraductal therapy.

Further analyses will explore if such processes could be used every 10 years to ensure that a woman’s breast is cancer-free, instead of breast removal. The research is published in the journal, Science Translational Medicine.

FDA approves Novartis Gleevac for extended use in GIST patients