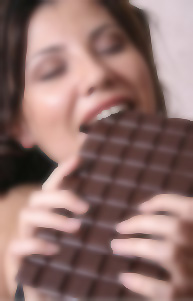 Self-control in eth capacity to withhold an action prepared for but reconsidered.

The findings broaden understanding of the neural basis for decision making, or free will, and may help explain why some individuals are impulsive while others are reluctant to act, said lead author Marcel Brass, of the Max Planck Institute for Human Cognitive and Brain Sciences in Leipzig, Germany.

Brass and Haggard found that deciding to veto yielded activity in the dorsal fronto-median cortex, an area on the midline of the brain directly above the eyes, which didn’t show up when participants followed through and made the action.

Now, when you resist eating an extra piece of chocolate cake, you’ll know where that power comes from. Yes, it all resides in the mind!