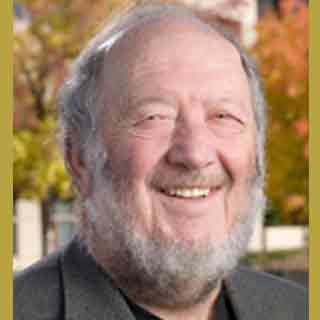 Just as we learnt how elderly arthritis patients suffer considerably during winters, senior citizens also tend to acquire infections easily. Elaborating these occurrences further, scientists from the Stanford University School of Medicine have revealed that human stem cells apparently do not remain unaffected by the aging process.

The team analyzed hematopoietic stem cells (HSCs) that synthesize cells which constitute the blood and immune system. Comprehending how these stem cells begin to deteriorate as a person ages will shed light on how and why elderly people are more prone to common illnesses as well as skin diseases like myeloid leukemia.

One of the key findings of the trial is that the HSCs from healthy people aged above 65 appeared to formulate less number of lymphocytes that are apparently vital for invoking an effective immune responsiveness to pathogens.

On the other hand, older HSCs seemingly synthesized another type of white blood cell namely a myeloid. This kind of tendency seen in elderly cells explained why older people seemed more susceptible to myeloid tumors.

“In both mice and humans, the puzzle has been how the system ages. Because HSCs in old mice and humans are derived from the HSCs they had in their youth, there are two possibilities to describe how these differences occur. Either individual, young HSCs change their gene expression patterns as they age, undergoing heritable adaptations that favor the myeloid lineage, or each young HSC already has a specific lineage bias and is battling for precious niches through the natural selection of aging, which favors those biased toward myeloid cells,” commented Irving Weissman, MD, senior author.

As part of the investigation, HSCs from 15 healthy senior people and 28 young persons were scrutinized for their incidence, distribution and detailed profiles of the cell cycles. The team found that HSCs constituted large proportion of bone marrow in elderly individuals than young people. Though they were in great numbers, it did not seem to help aged people in any way.

When the HSCs were purified and grown in the lab, the researchers found that HSCs from older people seemed to be more likely to develop into myeloid cells instead of B lymphocytes. When cultured mice were administered transplants of older human HSCs, they appeared to manifest higher levels of myeloid cells and not lymphoid cells in their bone marrow.

The scientists also examined the gene expression of 2 groups of human HSCs along with 5 specimens of HSCs attained from persons in the age group 42 to 61. They found that elderly HSCs apparently carried greater amounts of age-related genes linked to cell cycle, growth and development. They also comprised genes related to DNA repair and cell death.

These factors explained why human HSCs suffered as a person aged and even caused certain cancers apart from impeding immune responses to infections. The analysis will also provide insights on many age-related illnesses like myeloid dysplastic syndrome and anemia.