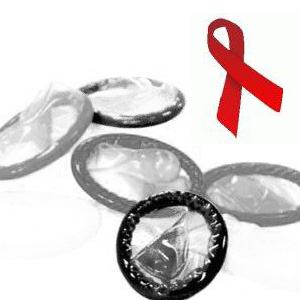 On Thursday, Swiss AIDS experts shocked the world by stating that it was okay for patients with HIV to safely indulge in unprotected sex with non-infected patients provided they meet strict conditions and are under treatment.

The Swiss National AIDS Commission went on to say patients under successful antiretroviral treatment to suppress the virus for over a period of 6 months and who aren’t suffering from any other sexually transmitted diseases propose no threat to partners.

The Swiss started their research using a 1999 study conducted by the U.S. Centers for disease control and prevention which showed transfer of HIV depends largely on the viral load on the blood. Other Studies also showed that HIV patients on regular treatment do not transfer the virus and no virus was found in genital fluids.

However the Swiss commission has not definitely concluded the research. The decision still remains with the non-infected partner said, Pietro Vernazza, head of infectious diseases at the cantonal hospital of St. Gallen in Switzerland and an author of the report.

Due the contradictory nature of the study, the World Health Organization made very clear recommendations for patients to continue practicing safe sex including usage of a condom at all times. In its response to the study the UNAIDS and the WHO said in a joint statement on Friday that they “strongly recommend a comprehensive package of HIV prevention approaches, including correct and consistent use of condoms.”

Charlie Gilks, director of AIDS treatment and prevention at WHO cited “There is still some concern that you can never guarantee that somebody will not be infectious, and the evidence I have to say is not conclusive.”

He also added that in comparison to the 2 million people worldwide receiving HIV treatment, only a handful receive the medical care found in Switzerland.

It is not surprising then that AIDS researchers in Europe and North America were astonished by the proposal and have long argued that, apart from abstinence, safe sex with a condom is the way to go.

“Not only is (the Swiss proposal) dangerous, it’s misleading and it is not considering the implications of the biological facts involved with HIV transmission,” said Jay Levy, director of the Laboratory for Tumor and AIDS Virus Research at the University of California.