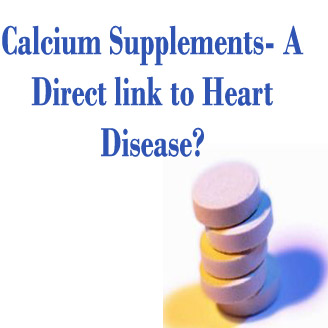 A new study in New Zealand has found that taking calcium supplements could simultaneously raise the risk of heart attacks. In fact, elder women in New Zealand, have been advised to stop taking these supplements that are helpful in protecting one’s bones.

A trial run was conducted by Auckland University’s bone research group with around 1500 participating women. It was found that calcium supplements cause 40% increase in heart attacks.

According to Ian Reid, the professor of directed this study, women over the age of 70 who had been on the trial were recommended to stop taking extra calcium, especially if they had a history of heart or kidney disease.

Reid also said that three other international studies on calcium supplements had been reviewed ever since. They all showed varying degrees of elevated risk of heart attacks, ranging from 10 to 20%.

“When you put four studies together, you need to take it more seriously. This is potentially very important because there are so many people around the world who take calcium supplements,” Reid added.

Reid said that the study found calcium supplements to drastically reduce the risk of bone fractures as well as bone density loss in older women. But he aptly concluded by saying, “Heart disease kills you, whereas bone disease can, but it isn’t quite so lethal.”