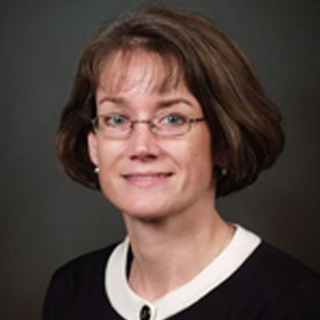 A new study by Stanford University School of Medicine claims that suffering from multiple sclerosis or epilepsy apparently doesn’t pose a risk for pregnancy-related problems for would-be mothers.

The study is alleged to be based on a nationwide patient database. It supposedly stands for the biggest study to date of pregnant women with MS or epilepsy. It illustrates that women with the disorders are apparently confronted only by a faintly higher threat of irregular fetal growth rate and cesarean section delivery, and are apparently not more expected to have blood pressure issues or deliver prematurely.

Immunologist Eliza Chakravarty, MD, senior author of the study, commented, “In general, the outcomes of pregnancy were not terribly different from those of healthy women. Hopefully this information will be reassuring to women and their physicians.”

MS and epilepsy are claimed to be two of the most general, chronic neurologic disorders affecting women of childbearing age.

Due to apprehensions about their disease and the effect of medications on their fetuses, some women suffering from chronic illness may choose to postpone or even evade pregnancy. Chakravarty mentioned that she has seen several patients who wanted children but were unsure about results or who were advocated by their doctors to not become pregnant.

In 2005, Chakravarty published a paper illustrating that women with two other chronic illnesses, lupus and rheumatoid arthritis, were apparently numerous times more probable as compared to healthy women to develop hypertension and have c-sections or deliver prematurely. She speculated if pregnancy threats were akin in other diseases, and she apparently initiated this study to compare results in women with MS and epilepsy, healthy women and women with diabetes.

For the study, Chakravarty and her colleagues apparently utilized the Nationwide Inpatient Sample to compute the amount of deliveries between 2003 and 2006. The results of those pregnancies were then looked at, which incorporated length of hospital stay, c-section delivery and hypertensive disorders counting pre-eclampsia, premature rupture of membranes and intrauterine growth restriction.

There were about 18.8 million deliveries in the time duration examined. Out of these, roughly 10,055 took place in women suffering from MS; about 4,730 in those with epilepsy; and approximately 1, 87,239 in those with diabetes. The experts also discovered that women with diabetes apparently were confronted with an augmented risk of issues in all categories.

Apparently, no considerable distinction was seen between women with MS or epilepsy and healthy women in other results like premature rupture of membranes or hypertension.

Regardless of the heartening results, there are apparently drawbacks to this study. Chakravarty mentioned that the experts had no data on things such as prenatal care; use of medication, alcohol or tobacco; or period and acuteness of basic disease, all of which could affect outcomes.

The study was published in Neurology.