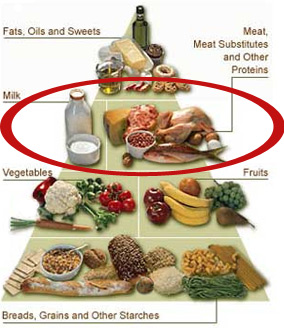 US researchers have said that diets high in protein may actually be the best way to keep hunger at bay. In a study, they offer insight into how diets work.

The study found that protein does the best job when it comes to suppressing a hunger hormone, whereas carbohydrates and fats which are known to do the job just as well, are not such a good choice.

Basically, this study looks at the effectiveness of different nutrients and how they suppress ghrelin, a hormone secreted by eth stomach that stimulates appetite.

According to David Cummings of the University of Washington in Seattle, “Suppression of ghrelin is one of the ways that you lose your appetite as you begin to eat and become sated.”

“The interesting findings were that fats suppress ghrelin quite poorly,” Cummings was quoted as saying.

“Proteins were the best suppressor of ghrelin in terms of the combination of the depth and duration of suppression. That is truly satisfying because high proteins are essentially common to almost all of the popular diets,” he further went on to say.

The study also found that eating carbohydrates resulted in strong ghrelin suppression at first, but ghrelin levels rebounded with gusto, rising to an even higher level.

In simple words, carbohydrates eventually made people feel even hungrier than before they had eaten.

According to Cummings, the findings of this study could help when conducting future research on the effectiveness of different diets.

Looks like your post-dinner bowl of ice-cream is out of the question now! But, a protein shake like a smoothie would do well for you.

India is the Diabetes Capital of the World with 40 million...