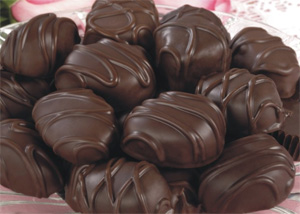 Finally here is some good news for chocoholics. British scientists have said that eating dark chocolate daily in moderation may help to boost one’s health by reducing blood pressure and improving brain function.

Dark chocolate is as it is high in polyphenols, which is an antioxidant chemical that has long been associated with health benefits one of which is a reduction in blood pressure.

Not only that; it also appears to improve the levels of serotonin in the brain. In the central nervous system serotonin is believed to play an important role in the regulation of anger, aggression, body temperature, mood, sleep, vomiting and even appetite.

The patients then had a month off before taking the other type of chocolate for two months. Those who took dark chocolate reported a significantly less chronic fatigue syndrome.

Chronic fatigue syndrome (CFS) is a condition of prolonged and severe tiredness or weariness that is not relieved by rest and is not directly caused by other conditions. To be diagnosed with this condition one’s tiredness must be severe enough to decrease his or her ability to participate in ordinary activities by 50%.

Those who took dark chocolate reported less fatigue and reported feeling more fatigue when they stopped eating it.

However, more research is required to confirm these findings. But, the researchers said that patients would not do themselves any harm by eating small amounts of dark chocolate.