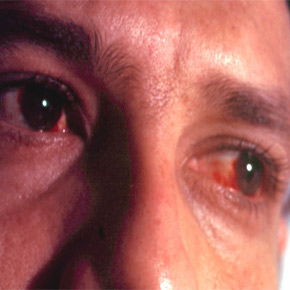 Conjunctivitis also known as the “pink eye” infection has been sweeping the city of Mumbai in Maharashtra, India. Doctors here have warned that certain severe cases of this infection could also lead to paralysis. They have even warned citizens not to take the infection lightly, saying that the city has had a history of conjunctivitis epidemics.

Conjunctivitis is an inflammation of the conjunctiva (eye membrane) and is caused by a virus or bacteria. This infection causes redness, watering and discharge from the eye.

According to Noshir Wadia, a senior neurologist and former teacher at J J Hospital, “Not many know that the innocuous-seeming virus could show up along with another family of viruses called Enterovirus 70, which causes paralysis in the adult male.”

Public health experts in Mumbai have been closely watching the widespread presence of conjunctivitis. But, at the same time, doctors and old-time health experts have been requesting for research into the new strains.

Dr.Wadia concurs saying, “There is a need for public health agencies to study the strain of virus causing the infection on a war footing.”

Conjunctivitis, which is affecting a large number of school children, office-goers and others, is spread through the touch of an infected person.

For instance, Vilas Pawar, a resident of Nallasopara who contracted conjunctivitis two weeks ago said, “I took eye drops and returned to work when I got well, but my wife, my college-going daughter and school going son all got the infection in turn.”

City ophthalmologists say that the infection has been largely self-limiting and relief can be got in a week provided patients take the right precautions.