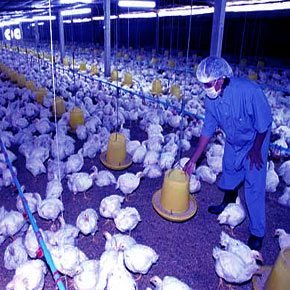 Scientists in the U.S say the H5N1 bird flu virus is closer to infecting people but has still has not transformed into a pandemic strain.

They say they have identified several mutant strains which are showing worrying signs that could make bird flu grow in the upper respiratory tract of humans.

Bird flu doesn’t usually grow well in the nose or throat due to humans having cooler temperatures.

A report in the Library of Science journal PLoS Pathogens says the viruses that are circulating in Africa and Europe are the ones closest to becoming a human virus.

Recent samples of virus taken from birds in Africa and Europe all carry the mutation.